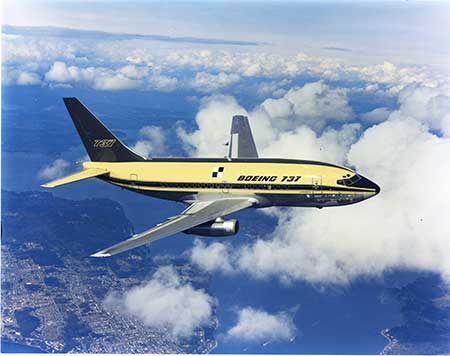 Boeing employees celebrated this amazing milestone at the Renton factory recently. Turning out 47 Boeing 737s a month, the factory is not only a testament to automation but of the workforce’s skill in cranking out an amazing number of planes in a factory that dates back to World War II.

The Boeing 737 is the best-selling commercial airplane in history, and soon it will overtake the venerable DC-3 for “most produced” honors.

Of course, no one could have guessed that the plane would have such a long shelf life. Today’s 737 bears little resemblance to the original which first rolled off the production line in 1967. Today’s 737 carries twice as many passengers twice as far as the early models did, transforming the short-haul plane into a long haul giant.

As a nod to the legacy of the plane, which has been built by multiple generations of Washington families who are steeped in aviation know-how and history, David Knowlen was one of the employees present at the rollout of the new 737 MAX 8 for Southwest Airlines. He was at the rollout of the first 737 too and is now working to preserve the company’s legacy and history.

His first job was to check the alignment of parts going into the airplane, which were basically handmade. Today, the airplane production process is increasingly automated, with the planes moving on a continuous track, similar to how cars are built. With more than 4,000 Boeing 737s on order, the company hopes to increase its production rate to 52 a month by the end of the year to keep up with industry demand.

It’s estimated that a 737 takes off or lands every 15 seconds 24 hours a day around the globe, transporting more than three million passengers daily.

If you want to see the original, it is on display at the Museum of Flight in Seattle.

Read more about the rollout of #10,000 in The Seattle Times.