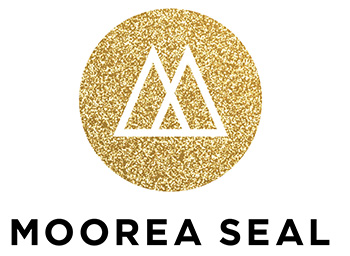 The next time you see your kids frittering away for hours on the Internet, remember this story. And no, the headline isn’t a typo. What else would you call a Seattle entrepreneur who got her start blogging on Pinterest.

If you haven’t heard of Moorea, you must not be one of the nearly one million followers she has on the social media site. Her following is huge, so much so that she not only ended up with a career, but has collaborated with such retailing giants as the Gap and Procter & Gamble and has been featured in numerous magazines.

An online store mooreaseal.com followed, as did a two book deal with Sasquatch Books. If you want to see Moorea in person, try stopping by her store on 3rd Avenue in Seattle. It opened in May 2014 and about half the store’s traffic are her Pinterest fans.

“Pinterest is a huge source of traffic and sales for both our online store and store front,” Seal said. “I wouldn’t have opened our online store in the first place if it were not for Pinterest and the massive following that was  constantly asking where they could purchase all of the beautiful products I was Pinning.”

Moorea is a great example of Washington State’s pioneer spirit, unbridled ingenuity and entrepreneurial might. She not only dreamed big, but hit it big, all thanks to a social media blog and a passion for fashion.

And check out Choose Washington’s Pinterest page while you’re at it.