To infinity and beyond. 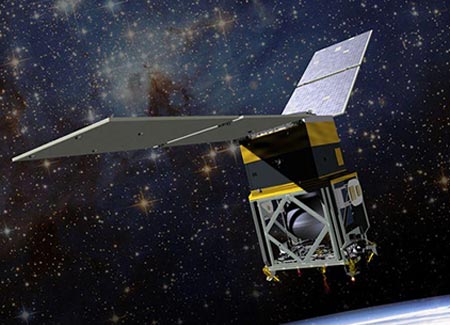 Washington is well known for being a hotbed for commercial and military aviation. But did you know that every spacecraft bound for planetary or interplanetary exploration over the last 50 years carries a piece of Washington with it?

From the Curiosity Mars lander to Voyager, the first spacecraft to leave our solar system, propulsion has been provided by Aerojet Rocketdyne in Redmond, Washington. To date, the company has produced more than 20,000 thrusters and rockets, from small maneuvering engines with just a pound of thrust to larger rockets that have 600 pounds of thrust.

The company has been producing propulsion systems since 1968 and has a 100% success rate. Even after months of inactivity, the thrusters reignite on command, carrying out precise burns that allow space vehicles to land on alien worlds and fly through the spaces between Saturn’s rings. The company’s dependable thrusters even saved a multi-million mission when a competitor’s rockets failed to send a satellite into the correct orbit.

Aerojet Rocketdyne is a fine example of how Washington’s culture of creativity and cross-pollination continues to define entire markets. The company’s founders came by way of Boeing, creating a new company in South Park known initially as Rocket Research.

One can only imagine how satisfying it is for any one of the company’s 400 employees to look up in the sky on any particular night, knowing that their hard work is somewhere out there in the vast reaches of space, expanding our understanding of the solar system and what lies beyond it.