Across the finish line. 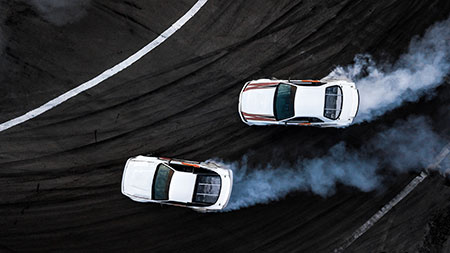 Rich in history, Pacific Raceways is about to usher in a new era in motorsports automotive innovation and technology. After nearly two decades of planning, officials have broken ground on a $200 million expansion of the facility, which will be known as the Pacific Innovation Center and Motorsports Park.

One of four projects of statewide significance designated by Commerce, the new facility will add two new buildings to the innovation center itself, along with one million square feet of commercial space for garages, labs, office space and a restaurant.

The goal of the automotive innovation project is to make the Pacific Innovation Center the hub for innovation in the auto industry, allowing new ideas to be tested on the raceway’s historic 2.25-mile road course.

The raceway was founded in 1960 by Don Fiorito Sr., and has hosted such legendary drivers as Dale Earnhardt Sr., Parnelli Jones, Mario Andretti and Al Unser. The track is still owned by the Fiorito family.

​​“We are going to continue to be a racetrack, and now this transition redefines the infrastructure to include a testbed for transportation industry innovation, and that solidifies the sustainability of racing in our region,” says Jason Fiorito, president.