Boeing can fly you into space. 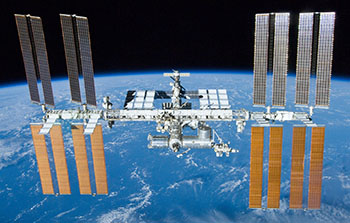 You could be a passenger on a Boeing aircraft flying to the space station in 2017. Boeing has been awarded a contract to build and fly a space capsule taking people to the International Space Station. Along with cargo, the spacecraft will be able to carry 5 passengers and Boeing will have one seat they can sell to space tourists or researchers. SpaceX has also been awarded a similar contract and this will be the first time private companies have been contracted to fly people into space. Boeing has been involved in the Space Shuttle program and is expanding its activity in the future of space exploration.