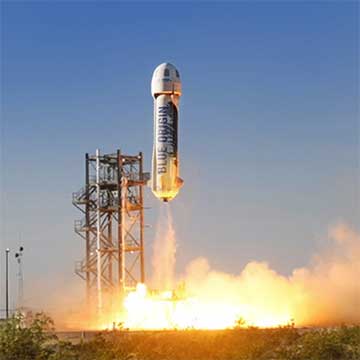 Washington’s commercial space cluster keeps growing by leaps and bounds. The latest announcement comes from Blue Origin, which purchased 31 acres of property near their current world headquarters in Kent, Washington for expansion.

The four parcels sold for $14 million and had been owned by the Barnier family, which had been part of the agricultural community in the Kent Valley for generations.

According to the city’s mayor, Blue Origin will be adding hundreds of jobs in the next few years as the company moves its New Shepard rocket into its operational phase and begins production of its much larger New Glenn rocket, which the company hopes to have ready by the end of the decade. Jeff Bezos recently sold $1 billion of his Amazon stock to fund the company’s ambitious commercial space programs.

Blue Origin has been on a building spree lately, adding a rocket assembly and launch facility in Florida and a new rocket production facility in Huntsville. Sadly, Washington is in the wrong part of the world to launch rockets. Darned physics. But we do get to build them, along with satellites, propulsion systems, avionics and hardware.