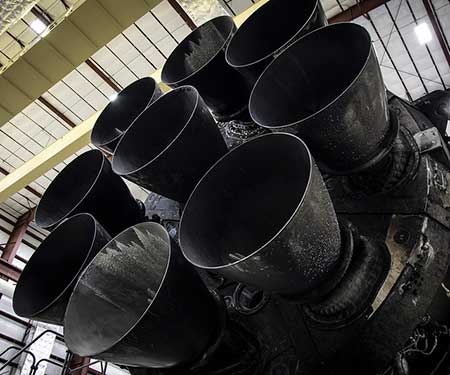 Washington’s growing space cluster is gaining the attention of Congress. With such industry stalwarts as Blue Origin, Spaceflight and Aerojet-Rocketdyne headquartered here, the future of the state’s commercial space industry could never be brighter.

Well, there is one thing that the industry could use. During a recent visit by House Minority Whip Steny Hoyer and Rep. Suzan DelBene, industry leaders made their pitch for a rocket testing facility in the state.

It’s not a far-fetched idea. Aerojet builds 200 to 500 rockets a year and has been building rockets and thrusters for every major NASA exploration program since the 1960s. Blue Origin was recently named the builder of the engines for the new Vulcan launch platform. Its BE-3 and BE-4 engines are built in their Kent, Washington facility, a few miles south of Seattle.

When it comes time to test these rockets, however, California, Texas and Florida offer the only testing facilities. Rockets must be shipped out of state in order to test them before they are rated for spaceflight. The closest facility for testing smaller rockets is seven hours away in Oregon.

The commercial space cluster is a $1.8 billion industry in Washington at the moment and growing. More than three dozen commercial space companies are in the state employing 6,000 workers, taking advantage of the proximity to aerospace, advanced manufacturing and technology businesses, providing unparalleled cooperation and collaboration.

The Congressional delegation promised to look into the idea, which would need to be a public/private partnership, largely due to the multi-million dollar investment required upfront and annual operating costs in the five million dollar range, which are too much for a single company to absorb.

Learn more about the recent visit in Geekwire.