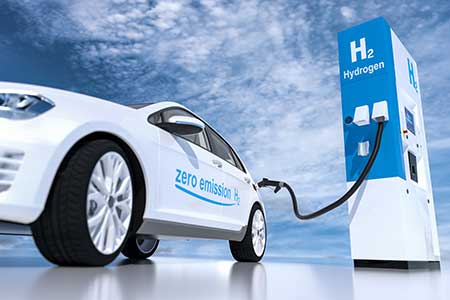 Who would have guessed that something that has no odor, no taste and no color would be the next big thing in Washington State? What’s more, it’s a pretty common leftover from the Big Bang. Nearly three-quarters of all matter in the universe is this gas, #1 on the Periodic Table of Elements.

If you’re still straining to remember your chemistry, we’re talking about hydrogen. This isn’t your great grandfather’s hydrogen either. You know; the stuff that made the Hindenburg infamous (“Oh, the humanity!”).

Today’s hydrogen could one day be the new fuel that powers our cars, planes and ships. Washington’s first hydrogen production plant is slated to go online in late 2022 or early 2023 and the federal government is planning to create four to eight regional hubs to produce and distribute hydrogen as a fuel.

“This is a ruthless competition nationwide. It’ll be political malpractice not to leave everything on the field,” said state Sen. Reuven Carlyle, D-Seattle, a legislative leader on climate change issues.

To spur industry growth, the state legislature has earmarked more than $4 million to build the first two hydrogen vehicle refueling stations, one in Chehalis and the other in East Wenatchee.

“Washington has the lowest carbon-intensive grid in the United States,” Gov. Jay Inslee wrote to state agencies and other partners. “The opportunity to develop truly green hydrogen and understand how it fits into a modern decarbonized economy is possible today in the state of Washington. No other region is as advanced in this area.”

Quick to react, the Washington State Department of Commerce has set up an office of renewable fuels and launched a new website to respond to federal grant opportunities. It is partnering with major players in research, education and the private sector to build out a strategy.

The global market for hydrogen is estimated to be $130 billion with 6.4% growth annually. At the heart of the process are electrolyzers that split water into hydrogen and oxygen. Oxygen becomes the byproduct of the process, with hydrogen being converted into usable fuel. As hydrogen is the most abundant element in the universe, it has the potential to slow the catastrophic effects of climate change caused by the planet’s 1.2 billion gas and diesel-powered trucks.

Read all about it…