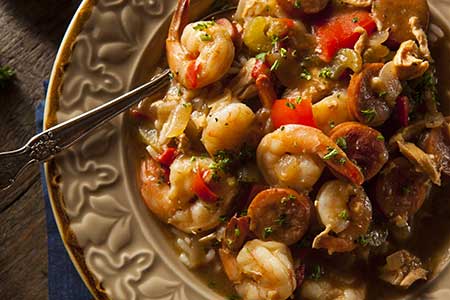 The place Anthony Bourdain once said “was one of the first cities in America to embrace chefs and new restaurant ideas, to loudly celebrate their local ingredients and local producers,” Seattle can now claim a James Beard Award recipient for Best New Restaurant and Best New Chef, Edouardo Jordon of JuneBaby.

A little more than a year old, JuneBaby and its sister restaurant, Salare, have elevated the Washington food scene to new heights with the winning of the prestigious awards. In a very short time, JuneBaby has established its reputation for bringing southern food to the Northwest, building a solid following.

Of JuneBaby, Edouardo told The Seattle Times, “It became almost like an obligation, almost a responsibility for me as an African-American chef,” to actually explore and educate [about] home Southern food. It became a deeper mission … trying to pass that knowledge along to people as they want to learn — as they want to eat.”

In addition to running two restaurants, Edouardo finds time to give back to the community, working closely with Northwest Harvest and Seattle’s FareStart, which trains homeless and disadvantaged workers restaurant skills so they can transition into full-time employment in the industry.

Congratulations are definitely in order for Edouardo and the entire staff at Salare and JuneBaby.