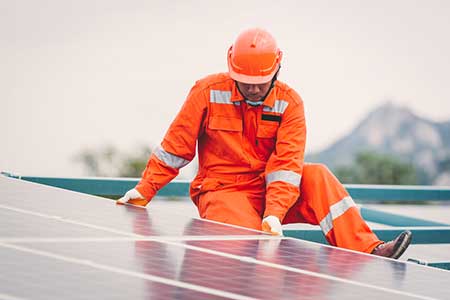 Yes, the sun does come out in Washington. As proof, the state is getting its second large-scale solar farm project, thanks to a new partnership between Puget Sound Energy and Avangrid Renewables, LLC. Based in Klickitat County, the 150-megawatt project will be the state’s largest.

The Lund Hill Solar project will be located on approximately 1,800 acres of land leased from private landowners and the Washington Department of Natural Resources. Lund Hill will be in commercial operation in 2020. The increase use of solar in Washington should come as no surprise, given that the state has a long history of using renewable, clean energy sources such as hydropower, which provides 73% of the state’s needed energy.

“This is an incredible example of the public and private sector coming together to transform the trajectory of renewable energy in Washington state,” said Gov. Jay Inslee, who announced last October that eight state agencies were joining the Green Direct program with a commitment to purchase more than one hundred million kWh of in-state wind and solar electricity by 2021. “This project will help us fight climate change, create clean energy jobs and save agencies thousands of dollars in energy costs. This is what Washington’s energy future is all about.”

“Solar power is a win-win-win for the people of Washington,” said Commissioner of Public Lands Hilary Franz, the elected official who oversees the Washington State Department of Natural Resources. “It generates significant revenue for our schools while creating jobs and providing clean, affordable energy to our homes and businesses.”