Leavin’ on a spaceplane… 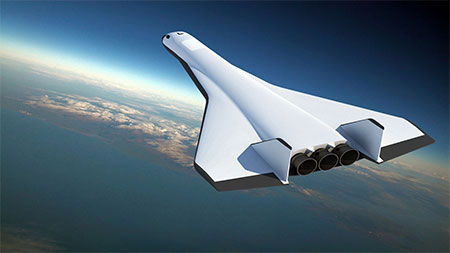 Commercial space has been growing by leaps and bounds in Washington State. Given the critical mass of aerospace, technology and advanced materials firms here looking for the next big thing, this shouldn’t come as too much surprise.

Radian Aerospace is a great example. The company recently took the wraps off its idea of building a single-stage orbital spaceplane. Unlike the shuttle, Radian’s design will take off from a runway, ignite its rocket engines once it’s off the ground, spend time in orbit and return on the same runway.

It’s a pretty bold vision, but one that Livingston Holder, company co-founder and former head of Boeing’s X-33 program, thinks is very possible. Investors do, too, funneling $32 million into the venture. The eventual cost to build such an operational spacecraft could be in the neighborhood of $1 billion, which given the tremendous investment in commercial enterprises like SpaceX, seems much more reachable than even a few years ago.

The current design, dubbed Radian One, will carry five people and 5,000 pounds of cargo to orbit. It will be powered by three liquid-fuel rockets. The first test engine, capable of 200,000 pounds of thrust, is undergoing testing. The company doesn’t have a definite date for being operational, but expects it will by the end of this decade.

Since its founding in 2016, Radian Aerospace has been focusing on solving the complex propulsion, structure and systems such a spaceplane would need to operate in various thermal and pressure environments. They have been drawing on the earlier work of NASA and its contractors who competed in the XCOR program, which attempted to develop a similar spacecraft as well as the X-33, which was designed as a reusable launch vehicle.

Radian’s spaceplane could provide cost-effective transportation to space stations in low Earth orbit, perform research and even be used for point-to-point travel on Earth.