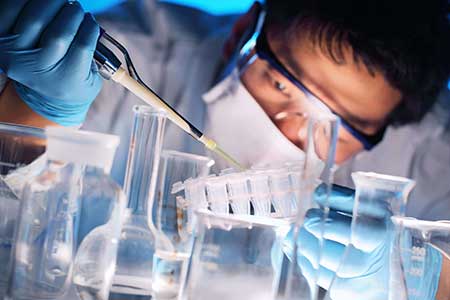 Washington State may be a bastion for technology innovation, but according to a new report, its life science hub is quietly making some noise of its own.

According to CBRE Group Inc.’s new report, “Markets Positioned for ‘Century of Biology’ Report”, the greater Seattle area is ranked #1 in the U.S. as a life science hub, in part because it has “premier educational and medical institutions to drive continued industry growth.”

While San Francisco and Boston may have the biggest pools of life science talent, the Seattle area has the fastest employment growth in the nation, about 17% between 2014 and 2017. The national average hovers around 4%.

“An attractive combination of a substantive life science workforce, including key scientists, strong recent life sciences employment growth, ample NIH funding, top-ranked schools and medical institutions, and sizable high-tech workforce to support future convergence between the industries,” make the area attractive to investors, workers and entrepreneurs, according to the report.

In terms of generating new talent, approximately 1,252 college degrees in biological and biomedical sciences were earned in Seattle in the 2016-2017 academic year, the report said.

“With the region’s top-quality educational institutions and accompanying growth of Seattle’s educated labor pool, it’s no surprise we are seeing this surge in the life sciences industry,” said Marcus Yamamoto, first vice president, CBRE in a statement. “The Puget Sound’s world-class technology industry only fuels this growth, offering opportunities for partnership and innovation that will continue to take root in the Northwest.”