There’s something electric in the air here. 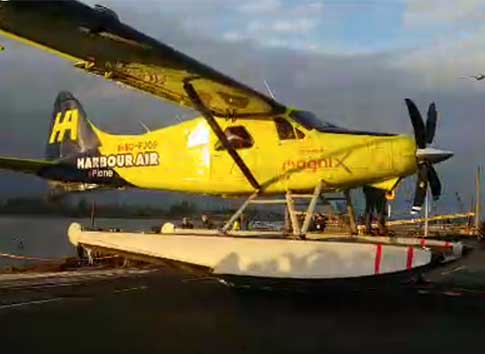 Last year, magniX proved that their electric motors could power a commuter plane that could carry up to 40 passengers. Now the company is moving to the next stage of growth and development, consolidating its operations at a new facility in Everett.

The new headquarters will combine Redmond and Australia’s engineering centers into a 40,000 square-foot building at Paine Field. The move will bring the company’s engineering, production, testing, and administration teams under a single roof. By mid-2021, magniX expects to have at least 60 employees on the payroll.

The company’s near-term focus is on the commuter market, offering an all-electric, zero-emission propulsion system that can carry passengers on routes up to 1,000 miles.

MagniX says the cost is about $300 per flight hour instead of $1,500 for gas-powered planes of the same size. Initially, the company plans to retrofit existing turbine-powered aircraft with magniX’s cylindrical electric motors.

Last May, the company did a test flight using a converted Cessna Caravan. They are working with Harbour Air in Vancouver, B.C. to convert its fleet of de Havilland Beavers and will seek certification for commercial flights. The five-passenger Beaver could be certified as early as late 2022 and the nine to 11 passenger Cessna Caravan in 2023.

Long-term, magniX wants its power plants to power a new generation of all-electric aircraft and is working closely with startups to develop new designs from the ground up. One of these startups is Eviation, which has designed an all-electric plane known as Alice that could carry nine passengers on routes up to 440 miles. The company leased three hangars at the Arlington Municipal Airport in 2020 to assemble the first planes in the series.

Read more about magniX in The Seattle Times.