Anyone have a spare DeLorean? 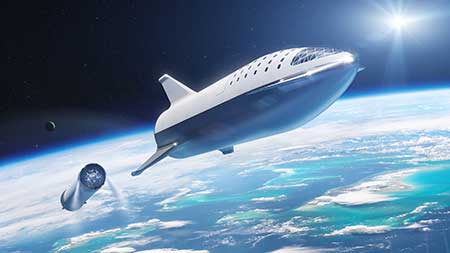 In the early days of space exploration, TV shows, movies and books painted a fantastical future of interplanetary spaceships powered by nuclear propulsion, able to explore the outer reaches of space for years.

And while SpaceX may have the market cornered on the giant interplanetary spacecraft with their Starship, a couple of companies in Washington State are on the bleeding edge of new technologies tapping the unrealized potential of nuclear power.

We’re not talking about the Three Mile Island kind of nuclear power. These new technologies will build on the first generation of plutonium-powered batteries that have been safely used for space missions since the early days of Apollo.

Ultra Safe Nuclear Technologies is working on a chargeable, encapsulated nuclear radioisotope battery called EmberCore. According to the company, EmberCore will provide 10 times as much power as older battery technologies, producing more than one million kilowatt-hours of energy with just a few pounds of fuel.

Avalanche Energy has also received backing from the Defense Innovation Unit. The contract will allow the company to continue development of a compact fusion device known as Orbitron. About the size of a lunchbox, the device uses electrostatic fields to trap ions in conjunction with a magnetron electron confinement system. The fusion reaction that results will produce particles that can be used for heat or electricity to power a high-efficiency propulsion system.

Orbital demonstrations for both systems are set for 2027.

These two projects are signs of a healthy space cluster in Washington State. Both companies have connections to Blue Origin in Kent, Washington. The founders of Avalanche Energy are Blue Origin rocket propulsion system veterans. For its part, Ultra Safe Nuclear Technologies is partnering with Blue Origin on a contract from NASA and the Department of Energy to develop a reactor designed for space-based nuclear thermal propulsion systems.

Read all about it.