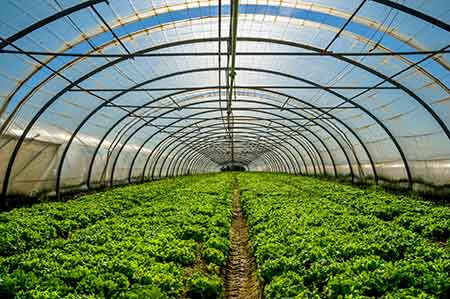 Historically, bringing a new variety or species of fruit or vegetable to market has been a decades-long process. But Seattle start-up Phytelligence is about to change all that.

The company has come up with a new method for cutting the initial breeding, growing and fruiting time for plants and trees in half.

The company spun out of a lab at Washington State University in 2012. Using micropropagation, where tissue culture is taken from rootstock or a tree and grown in Petri dishes, is the secret sauce. Though the practice has been around for years, Amit Dhingra and his researchers figured out how to create nutrient-rich recipes that are tailored specifically to each plant’s unique genetic makeup. The result is a plant that can grow at three times the speed of traditional micropropagation techniques.

Speed is just one advantage. Volume is another. With a traditional rootstock process, one rootstock can produce 50 plants within five years. With Phytelligence’s process, the yield can be as much as 250,000 in a single year. Small wonder why the company’s orders have quadrupled in just three years and investors have sowed Phytelligence with $16 million seed money.

Near-term plans are to expand internationally, which could double orders. The company is partnering with companies in India and looking at South America as a potential expansion point. After adding second and third shifts at its plants in Portland, Phytelligence hopes to grow 40 million plants a year. It also has greenhouses in Florida and Washington State to handle increasing customer demand.

In addition to apple trees, which served as the proving ground for this revolutionary new process, Phytelligence is also growing cherry and pear trees, hop plants, raspberries and hazelnuts.

“Offering a grafted tree is totally a game changer,” says Craig Campbell, owner and grower at Harmony Orchards in Tieton, west of Yakima. Now he can obtain trees in just a year rather than ordering two to three years in advance for rootstock and then waiting to graft them.”

Read all about it in Seattle Business…