The rise of urban centers. 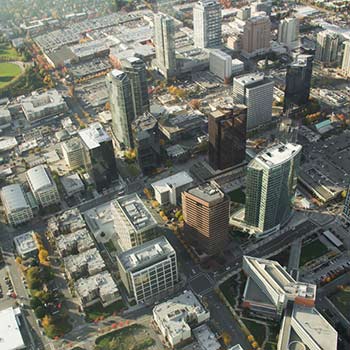 Cities around the Puget Sound, from Seattle to Bellevue and Kirkland, are experiencing a rebirth of sorts as millennials, boomers and Gen Xers continue to be drawn to urban cores and their many conveniences.

It’s cool to be a city dweller again, as workers flock to new apartment buildings and condos springing up around such places as Amazon’s new headquarters in downtown Seattle or the planned Spring District in Bellevue.

But it’s not just workers who are moving back to town. Corporate headquarters are also moving back to the city. Between 2010 and 2015, more than 500 businesses either relocated their headquarters or opened offices in major cities. In Seattle, this includes Weyerhaeuser, Zillow, Google, Oracle, Saltchuk Resources, and most recently Expedia, which will be redeveloping a former biotech office complex with sweeping views of the Olympic Mountains.

To learn more about this trend, check out this article in The Seattle Times.