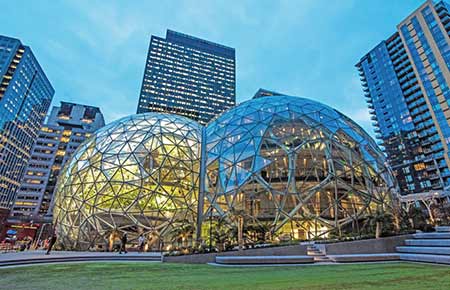 Watch out Silicon Valley, Seattle is hot on your tail as the leader in high-tech.

The company has invested in 64 high-tech startups in the Pacific Northwest, compared to 76 in Silicon Valley. He sees the split as becoming even in the next few years, as the Puget Sound region continues to solidify its leadership role in technology. This is particularly true in the next big things in technology – artificial intelligence, IoT, virtual and augmented reality and blockchain, building on its established reputation in cloud computing, big data and mobile computing.

Connors singled out Microsoft and Amazon as good examples since they dominate the cloud business. As employees cycle through these companies, many are starting their own businesses, fueling new ideation in the state’s innovation economy. While the startup industry is still small by Silicon Valley standards, venture capitalists invested $768 million in 51 deals in the Seattle metropolitan area in the second quarter of 2017.

While Amazon and Microsoft have yet to become bonafide foundries for spinoffs, the presence of more than 100 large technology giants, from Apple to Uber – have created additional critical mass to spawn a new round of rapid growth for the region. This is particularly true in the areas of machine learning, artificial intelligence, information security and SaaS business applications.

Read more in the Geekwire.