That’s a lot of brain cells. 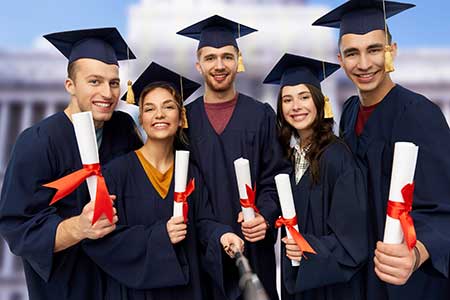 Higher education is still important to Americans. So says the U.S. Census Bureau, which recently pointed out that 35% of citizens have a bachelor’s degree or better. In 1950, that was the same percentage of Americans who had a high school diploma.

That’s impressive, until you see what’s happening in Washington’s Puget Sound region. According to the Census Bureau, 63% of Seattle area residents age 25 an older had a four-year degree, almost double the national average. Of the 50 largest cities in the country, Seattle was the only one member of the 60+ club, bragging rights the city has been able to claim since 2015.

By comparison, only half of all area residents had a college degree in the 2000 census, According to the report, 337,000 college graduates age 25 and older are living in the Seattle area now, plus another 23,000 under the age of 25.

Millennials are causing the numbers to shift. About half of older residents have a four-year degree, compared to 73% for millennials. Incredibly, 80% of those who have moved to the area from another city in recent years are college graduates.

Learn more in The Seattle Times.