All that’s missing is the popcorn. 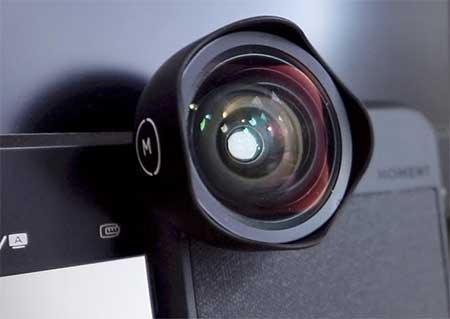 When Steven Soderbergh filmed his last movie, Unsane, he turned to two little-known Seattle startups to make film magic on his iPhone.

The two Washington startups didn’t even know their products were helping make history. While a few other films have used iPhones, notably Tangerine, this was the first time that a film production used professional quality optics and technologies to achieve what is close to parity with traditional film and digital cameras.

Motion is known for its amazing optics. In addition to a wide photo and macro lens, the company is producing a new anamorphic lens that will allow filmmakers to shoot 2:40:1 Cinemascope scenes with a shallow depth of field, yet with a telephoto lens view. The lens’ Kickstarter campaign raised $1.5 million in 41 minutes.

Unsane also tapped FiLMiC for its high-end video capabilities. Available for $15 in the App Store, the app offers full control over video, from resolutions, tint and temperature to ISO and shutter speed. The company recently added a new capability, one that allows the filmmaker to get unusual shots by controlling the camera remotely from a second device.

You can check out the movie trailer to see what moviemaking on an iPhone can achieve with Motion’s lenses and FiLMiC’s app.