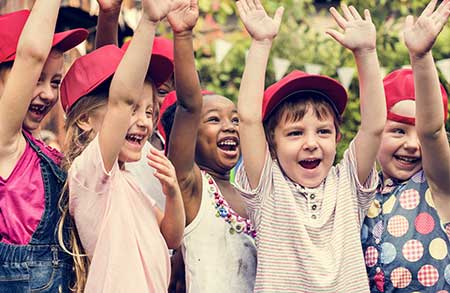 Booming economies often create adversarial relationships between businesses that fuel growth and the communities that must absorb it.

Seattle’s tech industry is taking a slightly different approach. Through sea.citi, some of the region’s biggest companies – Amazon, Facebook, Google, Zillow, Tableau and Vulcan to name just a few – are coming together to tackle major city issues.

The goal is to connect tech workers with civic causes. First up is K-12 education. Employees will have the opportunity to connect with school children as mentors. In its initial phase, volunteers will work with 10 public schools in South Seattle.

“This hasn’t been done before in Seattle,” said Ruel Olanday, executive director of Communities in Schools that is part of the partnership. “This is the first of its kind in regards to lending and intentionally building a relationship with the private sector, with the public sector, to support schools in Southeast Seattle.”

While sea.citi isn’t the first organization to engage tech workers in civic affairs, it is one of the first to have such heavy hitters behind the effort. SeattleWorks and the Washington Technology Industry Association also connect workers to advocacy campaigns in the city.

The idea came from sf.citi, a similar organization in San Francisco. The Seattle effort builds on the same basic model.

“San Francisco was obviously one of the canaries in the coal mine and things got really confused down there where you start having people really hate each other who used to be neighbors,” local investor and civic leader Heather Redman said. “You had tech workers becoming demonized. What we haven’t yet seen is the deep engagement by the people that are working at tech companies, and tech companies themselves, in the community in the way that maybe you did 50 years ago.”

Many of sea.citi’s sponsors already have a solid history of supporting the community. Amazon, for instance, has donated millions of dollars to Mary’s Place and FareStart, going so far as to build a permanent homeless shelter in its new downtown Seattle campus.

In the near term, sea.citi is avoiding some of the city’s more controversial issues, such as homelessness and affordable housing.

For more,  check out the article on Geekwire.