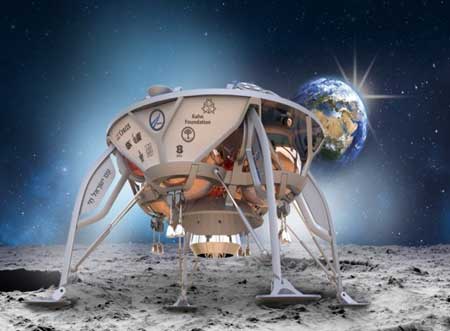 What do Seattle, Israel and the moon have in common?

If all goes according to plan, Spaceflight’s first rideshare mission will escape the bonds of low-earth orbit aboard a SpaceX Falcon 9 and head for the moon. It will be the first non-governmental moon landing, courtesy of Israel’s SpaceIL lander.

It’s a bold departure for the Seattle-based company, which is in the business of finding innovative ways to launch customer payloads aboard commercial rockets. The company usually schedules low-earth orbit missions, not ambitious translunar attempts to land remotely on the moon.

These piggyback missions greatly reduce the cost of launching missions, since the cost of the rocket is shared between launch partners. Primary payloads often don’t max out the rocket’s payload potential, so that’s where Spaceflight comes in. The company mixes and matches customer missions to maximize the launch load and make space more affordable for average companies to explore.

“Working as a team with Spaceflight and SpaceX, we are enabling a unique mission that ultimately accomplishes a translunar injection, prior to dropping off other payloads on our way to geostationary orbit for the primary communications satellite,” said David Bernstein, senior vice president of program management at SSL.

The $88 million, 1,300-pound lander will take two-months to make it to the moon. It’s scheduled to land on Feb. 13 of next year. That timeframe may change as the lander only has a window of opportunity once a month to try for a successful landing. The lander will then send back photos, videos and data about the moon’s magnetic field.