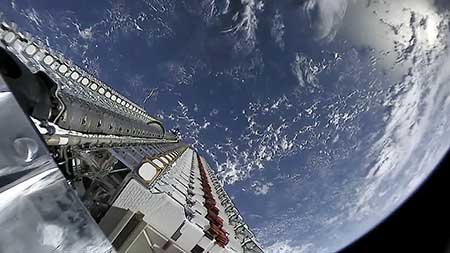 SpaceX made headlines with its launch of 60 new satellites recently. But did you know those satellites were built in the company’s Redmond, Washington production facility?

When it was announced in 2015, CEO Elon Musk said the new development office would be dedicated to building a network of satellites designed to provide broadband service around the globe.

Called Starlink, the program had a few setbacks initially. But after some management reshuffling the Redmond facility began cranking out satellites, first two test units, and then the 60 that were sent up on SpaceX’s Falcon 9 rocket.

Eventually, some 12,000 satellites will be linked in low orbit, interconnected to provide seamless connectivity in parts of the world that can’t get broadband Internet. The income generated will fuel other SpaceX endeavors, such as the company’s Starship rocket.

“We see this as a way for SpaceX to generate revenue that can be used to develop more advanced rockets and spaceships,” Musk told journalists during a conference call last week. “This is a key stepping stone on the way toward establishing a self-sustaining city on Mars and a base on the moon.”