Faster than a speeding… 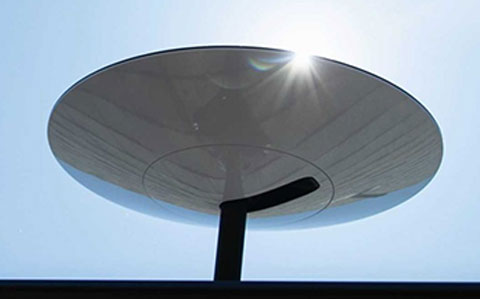 The Nooksack Indian Tribe and SpaceX are partnering to test rural high-speed access in remote parts of the state. Built in Redmond, the Starlink satellites will deliver Internet connectivity to 100 homes on tribal lands. The tribe, located in the northwest corner of the state, received 102 Starlink Kits as part of the partnership. The kits include all the necessary equipment to receive download speeds of between 80 and 140 Mbps. Most Nooksack tribal lands can only receive broadband that’s far below the federal minimum of 25 Mbps.

For the first year, the service will be free to participating households and community buildings. At the end of the year, households can continue to receive high-speed access for $99/month. Participating families get to keep their Starlink Kit, which is usually $499.

So far, SpaceX has deployed nearly 1,400 satellites to low Earth orbit. By the end of the year, the company hopes to provide near-global Internet coverage as it moves towards a constellation of 12,000 satellites when the network is completed.

Broadband access has been a roadblock to education, remote working, telehealth and economic growth in many parts of the state. According to the National Library Association, almost 70% of residents on rural tribal lands do not have access to the Internet.

The Starlink system was also pressed into service during the historic wildfires last year. The first real-world test was in the community of Malden; 80% of the town had been destroyed by fire, including critical infrastructure and utilities.

SpaceX is reportedly expanding the Starlink facility footprint in Redmond as they increase production capacity.