Starlink satellites come to the rescue. 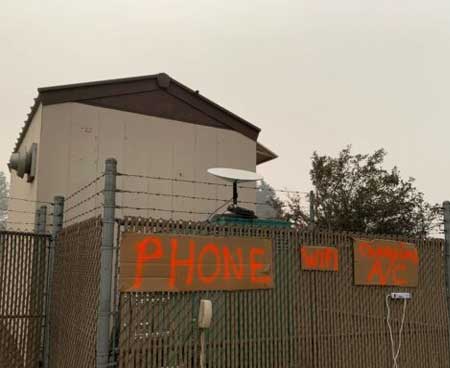 Washington’s aerospace industry has long been known for its commercial airplanes, but increasingly, what is really defining the future is commercial space.

As wildfires spread throughout Washington, SpaceX’s came to the rescue. Built in Redmond, Washington, their Starlink satellites were made available to Washington’s Emergency Management team to support emergency response in communities decimated by the fires.

This was the first real-world test of the growing communications network, which will eventually involve 12,000 low-orbit satellites to provide global coverage. Starlink satellites provided public wi-fi access to the community of Malden, 80% of which was destroyed by fire, including critical infrastructure and utilities. The satellites were also used in the fire near Bonney Lake in Western Washington. All told, seven terminals were used to connect residents and emergency responders to the network of satellites stationed overhead.

One of the advantages for emergency responders is the rapid setup time. A single person can set up a device and configure it in five to 10 minutes, says Richard Hall, emergency communications leader for the Washington State Military Department’s IT division.  “I have spent the better part of four or five hours with some satellite equipment trying to get a good [connection]. So, to me, it’s amazing,” Hall added.

The state was already working with SpaceX to provide rural coverage to some of the tribal areas in the state that weren’t going to have access to broadband in the near future. The wildfires opened the door to an unexpected need: emergency communications. Access to such a network could also be used in other natural disasters, such as subduction earthquakes to quickly re-establish communications.

“This is a device we could definitely utilize should we have more wildfires or even larger disasters, such as a Cascadia Subduction earthquake event, where communication problems would be a huge hurdle,” says Steven Friederich, public information officer with the Washington Emergency Management department.

Other telecom companies, including Ziply Fiber, have stepped up to provide free Internet access to communities ravaged by wildfires.

While the Starlink program is just beginning, it has already demonstrated itself to residents who would not otherwise be able to communicate with friends and family outside the fire zone.

More information about Starlink’s use in emergencies.