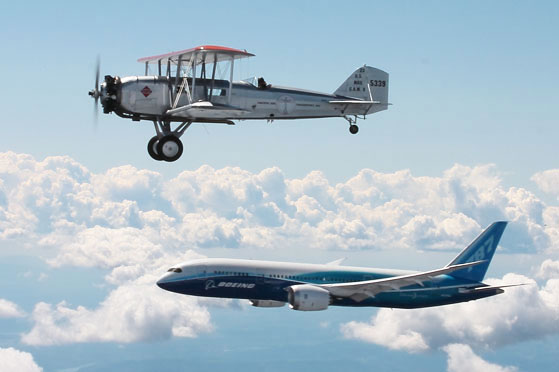 Examining 41 different competitive market factors, a new study presented Washington’s business case for the new Boeing Mid-Market Airplane, should it go forward. The state was the clear winner, scoring almost double the points of its nearest rival, Ohio. South Carolina, home of the only other Boeing commercial airplane facility, was ranked #22.

The study was commissioned by Governor Inslee’s Choose Washington NMA Council and was intended to identify the strengths and weaknesses of the state’s aerospace industry and competitiveness.

Washington scored well in most areas and often #1, but fell short in education and infrastructure, namely rails and roads. The study was conducted by the Teal Group and led by noted aerospace consultant, Richard Aboulafia, the Virginia-based Teal Group’s vice president of analysis.

“If you dig down and look at this research, this is not a puff piece,” Governor Inslee told journalists and VIPs who gathered at South Seattle College’s aviation maintenance technology hangar. “It is a scientifically rigorous evaluation that shows what we know: Washington is the place to build this airplane.”

It’s rumored that the NMA, or Boeing 797 as some call industry experts call it, would fill the niche that was left when the 757 was discontinued. The new twin-aisle would carry between 220 and 270 passengers and utilize many of the advancements found on the 787 and 777X, including an all-composite wing and composite fuselage. The company has yet to commit on building the new aircraft or choosing a location for production.