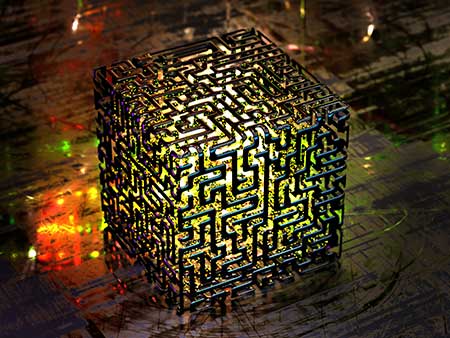 Quantum physics is a strange world indeed, but Boeing, Microsoft and others are exploring this new frontier to see how it can be applied to computer science. It’s so important, in fact, that Microsoft CEO Satya Nadella says that along with artificial intelligence and mixed reality, quantum computing will shape the company’s future.

Even Congress has gotten into the act, considering legislation that may fund quantum computing research to the tune of $1.3 billion over the next decade.

Quantum computing is still in its infancy, but these visionary companies are looking way down the road, for it’s predicted that the ability to take advantage of quantum physics’ odd properties may change the face of computing and even civilization in another 20 years or so.

So why is quantum computing getting so much love? The possibilities, experts say.

For example, it may make current encryption practices obsolete since it could reverse engineer prime number factorization, which is at the heart of today’s encryption technologies. It can also lead to quantum simulations that would look at the molecular-level design of exotic materials, leading to new designs in batteries and electronic devices that are science fiction today. There’s even talk of a quantum internet in the next five years.

We’ll stop for a moment so your brain can stop hurting.

Of course, such computing will require entirely new software languages to harness the power of these multi-dimensional systems that take thinking outside of the box to a whole new level. Microsoft has already developed its Q# programming language and others have introduced similar languages.

If your brain isn’t exhausted yet, here’s a video about it all.

Quantum computing is just another example of how Washington’s technology sector continues to lead the way in new and innovative technologies, from artificial intelligence and mixed reality to blockchain and big data. Small wonder why Washington is the second largest IT influencer in the U.S.