The future of space travel and exploration starts in Washington State. 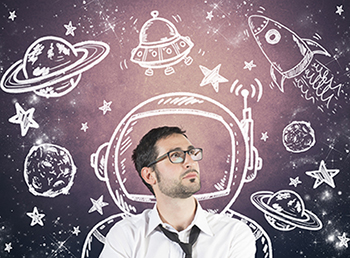 For over a century Washington State has defined and redefined the very concept of air travel. When Bill Boeing decided to build the first commercial aircraft, Washington engineers, designers and builders have been on the leading edge of aircraft design and manufacture. Now Washington’s engineers, scientists and software developers are looking to the stars.

A host of companies based in Washington State are again redefining what it means to fly. They are pioneering technologies that will help colonize planets, mine asteroids, commercialize space tourism and design reusable rockets.

Companies such as Blue Origin, SpaceX, Rocketdyne, Vulcan Aerospace, Tethers Unlimited, Planetary Resources and Spaceflight are tapping into the expertise and skilled workforce that’s grown out of Washington State’s century of aerospace know-how.

Dozens of Washington companies have played an important part in many NASA space programs including Orion, the Curiosity mission to Mars, the Apollo program, the Viking lander and the Space Shuttle. The future of space travel begins in Washington State.