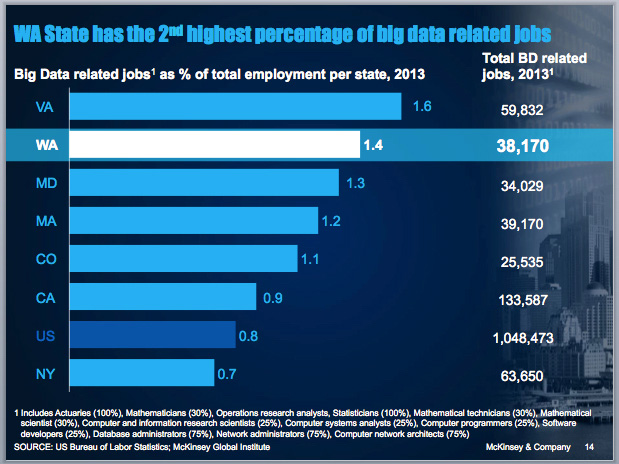 According to the latest reports, Washington is nipping at the heels of Virginia as the big data capital of the U.S.

According to McKinsey & Company’s latest report,  Washington ranks #2 in the nation with 38,170 workers strong — 1.4% of the state’s total workforce. Virginia is just two tents of a percent ahead and if this were an Olympic skating competition, it would be a virtual tie.

Big data is still in its infancy, of course, and Washington companies are riding the wave of it with innovation and invention. Some companies such as Chef, Microsoft, Amazon, F5 and Tableau are already defining, and in many cases, leading in their respective big data specialties, which include: intelligence and analytics, visualization and discovery, infrastructure, creation and services and support.