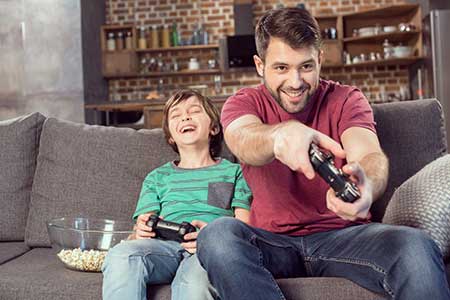 Everything may be bigger in Texas but when it comes to video games, Washington State is the giant.

At least, that’s what a new report published by the Entertainment Software Association (ESA) says. Washington finished #2 in the U.S., with economic input from the gaming industry clocking in at $11.6 billion. California, which accounts for half of the country’s game development efforts, accounted for $51 billion.

Washington has a rich history in the gaming industry, dating back to the 1980s when Nintendo opened its American headquarters in the state, just as their original NES system began to take over the world. On their heels came Microsoft’s Xbox, Wizards of the Coast, Big Fish, Valve and Amazon Game Studios, further increasing the state’s stature as a top-tier player in game design.

The report put direct industry jobs at a little over 15,000, and if you factor in the supplier network, about 48,800 jobs in Washington are related to the gaming industry.

The ESA tracks 151 publishers, developers, hardware companies and other businesses that are associated with the state’s games industry in one way other another. The listed companies range from one-person shops like Eastshade Studios to corporate multinationals such as Microsoft, Twitch, and ArenaNet. Newer companies such as Kalypso Media and Lightfox Games were not included in the study so the latest numbers still lag behind actual industry growth.

In an ironic twist, the tremendous growth in gaming is due in part to the pandemic, which has forced millions of Americans to find new ways to entertain themselves at home. The increase is dramatic too. Americans between the ages of 45 and 54 spent 75% more money on video games than the previous year. Four out of five American consumers reported that they had played a video game in the last six months.

It remains to be seen if this trend will continue into 2021 and beyond, as vaccines become available and people begin to leave their fantasy worlds for the real one. One can certainly hope so.

Read about it in Geekwire.