Washington State is #3 in export jobs. 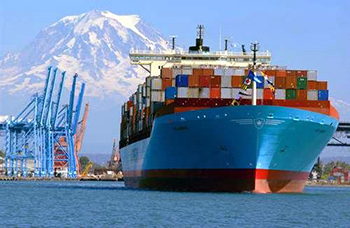 Washington State’s is positioned equidistant from Europe and Asia making it a natural for exporting products “made in Washington”.   With more than 390,000 jobs directly tied to exporting it puts Washington State #3 behind much larger states of California and Texas.

It’s estimated that nearly a third of the state’s economic growth can be attributed to exports that are shipped worldwide by over 8,400 companies. Washington is also the 3rd largest container shipping center in North America and our seaports are closer to Asia than most other west coast ports.  Read more at King 5 News.com