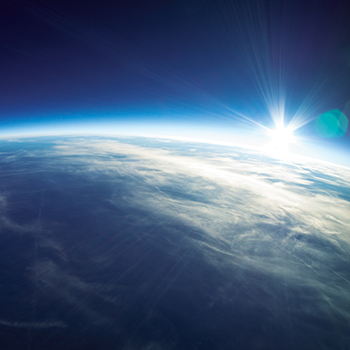 From pay-per-picture satellite imaging of earth to consumer spaceflight to satellite-based internet communications Washington State is the nexus of pioneers in space. Companies like Blue Origin, SpaceX, Spaceflight, Inc., BlackSky Global and others are overcoming the challenges of spaceflight to provide expanded services to earthlings.

Washington State has three major components that support these pioneering companies: a depth of talented software developers, access to venture capital focused on space exploration, and the expertise and infrastructure in cloud computing and handling big data. Read more in Geekwire.

More than 30 companies are engaged in exploration, from stalwarts such as Aerojet, which has produced rocket propulsion systems for major missions, including those to Mars, Saturn and Pluto, to newcomers who hope one day to mine precious metals from asteroids.

Washington State companies have a century of aviation know-how and innovation. With the cross-pollination between our robust high-tech sector and our advanced manufacturing and aviation expertise, Washington companies are leading the way into outer space.