Wine industry drinks in its success. 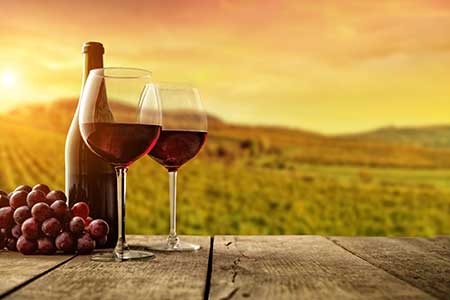 In Washington, wine is as much a family affair as it is a business. There are more than 900 wineries in the state, making it #2 in the U.S. in wine production and a leader in the premium wine category.

Wine aficionados can thank families like the Sauers for today’s robust industry. They have been tending the Red Willow Vineyard for the last four decades, working with local researchers and scientists to plant cabernet sauvignon back in 1973.

That makes the Sauers latecomers by some measures. The first vineyards were planted on Snipes Mountain in Sunnyside more than a hundred years ago, marking the start of Washington’s wine industry. Those original vines are still bearing fruit and have become part of Upland Vineyards, which has been run by the Newhouse family for three generations now.

Today, the Yakima Valley is one of Washington’s most productive appellations, thanks to the tireless efforts of families like the Sauers and Newhouses as well as researchers from Washington State University, which runs a research station in Prosser. The WSU Irrigated Agriculture Research & Extension Center started test planting hundreds of varieties in 1937. This led to hardier strains of grapes that could weather colder conditions and irrigation networks that reduced water usage by 30 percent. More recently, the center has successfully tackled vine bacteria and viruses as well as finding ways to reduce the use of pesticides.

This partnership is another fine example of Washington’s culture of collaboration where divergent industries often combine to create new opportunities for economic growth and prosperity, especially in more rural parts of the state.

Read more in the Yakima Herald.