We’re even cooler than we thought… 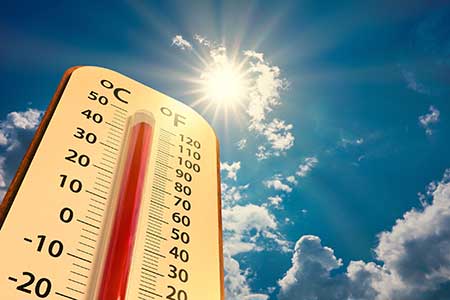 The wrath of climate change seems to be spreading in ways most Americans aren’t prepared for. So says a new report by the First Street Foundation. If the predictions become a reality, nearly two-thirds of the American public will need to learn to live with 100+ degree days as the norm rather than the exception. More alarming, Midwest residents from the Texas Panhandle to Chicago will be living in a new Sunblock Belt where temperatures can regularly hit 125 and beyond.

Though the news overall is bleak for most of the nation, there was a ray of hope in the report, at least for those living in Washington. While the rest of the country will be set on a perennial “BAKE” setting, Washington will continue to avoid the worst of climate change, at least when it comes to the searing heat.

In Western Washington, the number of 100+ days will hardly change in 30 years, and the number of consecutive days over 90 will only creep up a bit. Eastern Washington, the new Palm Springs, will continue to be roasty-toasty. The Tri-Cities will experience 13 more days of 90+ degrees annually. On the west side of the state, Seattle will average six 90+ days in 2053 compared to two now.

What does this mean for businesses? For those looking for a stable energy grid that isn’t strained by air conditioning, rivers that actually have water in them, and a workforce that isn’t suffering from heat exhaustion by the time they make it from their car to the factory, Washington may be a good choice for you.

While temperatures soar, energy demand will soar right with it, as will the possibilities of brownouts and blackouts. Employers may also find their workers are calling out sick more often or have increased health problems due to the unrelenting heat.

Miami-Dade County is so concerned about the changing climate in South Florida that they have hired what has to be the nation’s first Chief Heat Officer. Their job is to figure out how to keep outdoor workers and the homeless safe and stretch available kilowatts in the burning heat.

The county may be the first of many jurisdictions that will need to change the way they think. The data suggests the traditional “hot season” in Florida and the rest of the Southeast will simply melt away into year-round heat events, increased coastal flooding, and more intense tropical storms.

“We’re talking about taking summer, which is already hot, and expanding it for months,” said Jaime González, director of the Houston Healthy Cities program for the Nature Conservancy in Texas. “That’s going to cause all sorts of disruptions to everyday life.”

People who live Washington always thought they were cool, but this isn’t the way we wanted to show it. Suddenly those endless days of gray in the winter don’t seem so bad.*

* And not to blow our horn, but at the highest levels of government, the state has made a commitment to become 100% reliant on non-carbon emitting energy by 2045.

Read the local effects in The Seattle Times.

Check out our work in clean energy.