A bold vision for space exploration.

Washington State has played a central role in space exploration for nearly 60 years. Anchored by pioneers such as Boeing and Aerojet, the state has drawn a new generation of visionaries who are redefining space exploration, from harvesting asteroids and ferrying tourists to the outer reaches of inner space to systems that are taking us to the Moon, Mars and beyond.

Washington’s leadership in commercialized space stems from its long history in aerospace combined with a deep pool of top talent in software, hardware, advanced materials and telecommunications. As the federal space budget continued to experience cuts, Washington businesses stepped in to explore new opportunities based on broadband satellite constellations, value-added services and human space exploration. New companies have continued to build on the region’s pioneer role in space exploration. 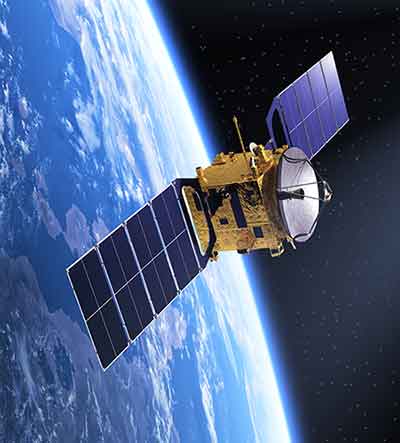 This pioneering work included the design and manufacture of the lunar rovers by Boeing in the 1970s and the Inertial Upper Stage, which sent the Magellan, Galileo and Ulysses probes on their respective missions. Aerojet has provided rocket engines for all of NASA’s most important missions, from the maneuvering jets on Voyager to the rockets that allowed Curiosity to touch down safely on the Martian surface.

This rich history of innovation has provided Washington with a deep pool of engineering and manufacturing talent that is not only experienced in aerospace, software, hardware, propulsion, composites, big data and telecommunications as well.

Though the state’s geographic location makes it unsuitable as a launch site, this hasn’t stopped Washington companies from creating the next generation of space vehicles and systems. South of Seattle, Blue Origin is developing prototypes of the new BE-4 rocket motors that will power the company’s New Glenn rocket as well as United Launch Alliance’s Vulcan launch system. At Aerojet-Rocketdyne, workers are exploring new propulsion systems such as resistojets, gridded-ion thrusters and rockets powered by hydroxyl ammonium nitrate, which is safer and more efficient than traditional fuels.

The increased emphasis on value-added services and telecommunications has allowed companies like Spaceflight Industries to create new ventures such as BlackSky, which provides high-resolution, near real-time imagery to customers. Miniaturization and commoditization continue to drive down costs and increase opportunities across the board for entrepreneurs and companies that want to explore the bleeding edge of commercial space exploration.

Aerojet Rocketdyne: Over the last 50 years the company has produced more than 19,000 thrusters in Washington, and boasts a 100% success rate. Their Redmond  facility manufactures 200 to 500 thrusters a year, from tiny rockets to keep satellites properly positioned to ones rated at 600 pounds of thrust or more.

Janicki Industries: Manufactures production tooling and fly-away parts for spacecraft, including the Lower Pressure Dome of the Boeing Starliner.

Spaceflight Industries: Provides launch services, mission management, and connectivity for small satellite missions or constellations ranging from 1 kg up to 300 kg in payload. The company is also building a new manufacturing facility near Seattle to produce satellites.

SpaceX: Engineering and production of the company’s constellation of Starlink broadband satellites.

Washington is at the leading edge of the revolution in commercial space exploration. Join our space cluster and work with some of the brightest people and most imaginative companies on the earth (or any other planet). Our team of experts will be happy to explore opportunities with you, connect you to potential partners and customers and help you set up shop, whether you’re a major industry player or a two-person startup.

To learn more, contact our mainline at (206) 256-6100 if you have a general query or email us at moreinfo@choosewashingtonstate.com. Or contact one of our team members below.