A smart grid for the future.

Building the next generation of solar energy in Washington State may seem like a bit of a contradiction at first – given the state’s reputation for rain – but that’s exactly what is happening at the Horn Rapids Solar, Storage and Training Project in Eastern Washington.

Washington State energy companies, utilities, research labs and state agencies have banded together to create the new project which is the largest solar installation in the state. Grid modernization, or more precisely, smart grid development, presents the state with a significant economic development opportunity. While Washington continues to lead the way in clean energy, thanks in large part to having the largest hydroelectric power grid in the U.S., diversification is an important part of the state’s strategy going forward.

The new grid management model factors in an expanding roster of energy producing sources as well as actual consumption at the user end. New energy storage technologies allow clean technologies such as wind or solar to be stored and used when needed, rather than used when generated. The two-way communication of a smart grid also allows a company to disengage from the grid during increased cost intervals, relying on stored energy until rates drop again later in the day when demand decreases.

One of Washington’s competitive advantages in clean energy is the confluence of technologies. Not only does the state have a growing clean technology sector, but also a mature information and communication technology industry that can provide technological support in the form of hardware and software to manage the smart grid. 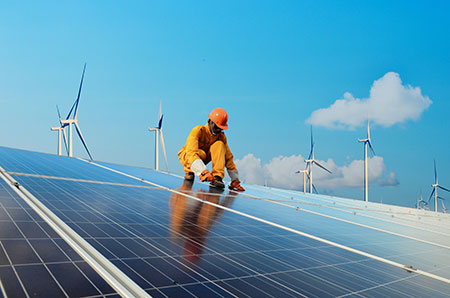