The seeds have been planted (almost). 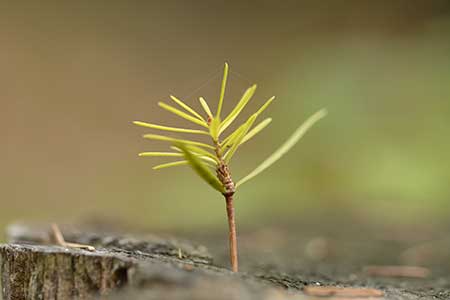 DroneSeed, a Seattle startup, really can see the forest for the trees. After getting official clearance from the FAA and a new round of funding, the company is setting its sights on reshaping the way forests are replanted.

Using a network of drones controlled by the company’s proprietary software, the company plans to shoot seedlings into the soil from the air at speeds approaching a BB gun. Unlike traditional human methods, the drones can do plantings on steep hillsides that need to be stabilized or hit very precise areas that only need to be filled in with specific species of trees

The company also uses its drones to control invasive species. Each drone can carry about four gallons of herbicide or pesticide, allowing it to cover a pretty good swath of land in the 15 to 20 minutes of available flight time.

DroneSeed is currently working with two large timber companies and forestry agencies to perfect the technology. A single pilot can control up to five drones at one time, allowing precision delivery over a wide area.

DroneSeed is the first and only company to be licensed by the FAA to carry agricultural payloads. The ability to shoot seedlings into the ground from the air is currently in the testing stage.

Read more about DroneSeed and their technologies on their website.