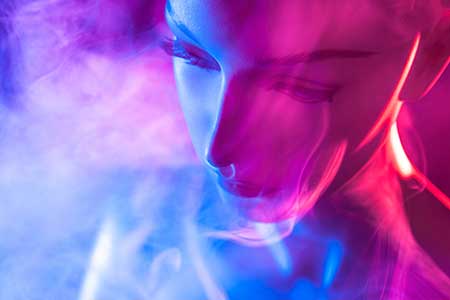 Washington’s reputation for collaboration between different sectors is well known. But some of these partnerships are having a surprising effect on issues that once appeared to have no answer.

Such is the case of Sudden Unexpected Infant Death (SUID), which claims 3,500 infants in the U.S. annually. SUID is the umbrella term for causes of death such as Sudden Infant Death Syndrom (SIDS) well as asphyxiation from things like bedding.

There has long been a suspicion that smoking on the part of the baby’s mother increased the chances a child would die from SIDS, but until recently, there was no data to support this.

Microsoft data scientists utilized their artificial intelligence technologies to help researchers connect the dots. The study found that smoking just one cigarette smoked by a pregnant mother doubled the risk of a child dying from SUID. The odds increased .07 with each additional cigarette smoked. Even mothers who stopped smoking before they were pregnant showed an increased risk of SUID.

The findings could prevent 800 unexpected infant deaths a year, say researchers. The use of artificial intelligence allowed researchers to sift through vast quantities of data from the Centers for Disease Control, something that would have taken humans years. The machine-learning algorithms used by AI was able to find factors that could be connected between cases. In this case, it was the incidence of cigarette use before and during pregnancy.

For Microsoft, this project was just the start of their exploration of uses for artificial intelligence research. Over the next five years, they plan to invest $40 million in additional AI research in four main areas: focusing on disaster recovery, the needs of children, protecting displaced families and promoting human rights.

“We’re just getting more and more data, and computing power gets more powerful every day, so I think a lot of advancements can be made if groups like Microsoft and Seattle Children’s join together on a single mission,” said Dr. Tatiana Anderson of Seattle Children’s Institute.