Washington gets another slice of Apple. 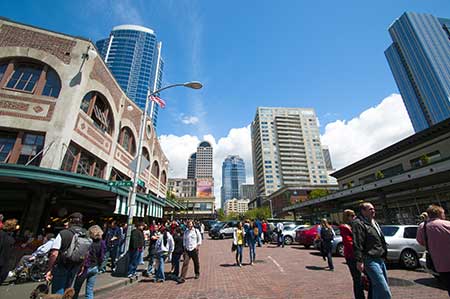 Apple continues to grow by leaps and bounds. As part of its broader national expansion, the company announced that it would double the size of its Washington workforce, adding 500 new employees to its engineering offices in the Seattle area.

The announcement also means that the company will be looking for new space in the Puget Sound. Apple currently has space at Seattle’s Two Union Square for up to 500 workers. A new location wasn’t identified in the announcement, or what the focus of the expanded office will be. The company’s current openings in the Seattle office are for artificial intelligence and Siri and the iCloud.

More than a hundred out-of-state technology companies have opened engineering centers in the Puget Sound in recent years. Facebook has a regional workforce of 3,000 and Google is putting the finishing touches to its new campus in Google, which has space for hundreds of additional employees. By contrast, Microsoft has 50,000 workers.

Washington continues to draw top-tier talent and innovative companies to the state. The information and communication technology sector in Washington employs nearly 200,000 workers at 14,000 companies.