Attending the convention in Philly? There’s an app for that. 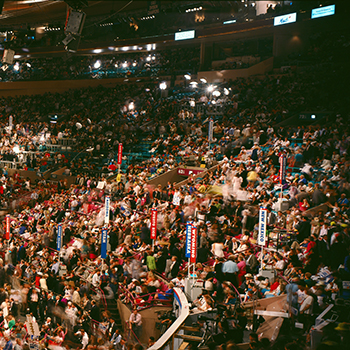 This is the second time that Washington-based Taqtile has built a mobile app for the Democratic National Convention.  In 2012 they created the official app for the convention in North Carolina. This year’s mobile experience is a total rebuild and will include 360-degree live stream, social media integration, map overlays of convention venues, speech transcripts, schedules, maps and content to help you get the most out of your visit to the City of Brotherly Love. Not planning to go? You can still watch the live videos and keep up on your mobile device as the drama unfolds. Taqtile has also developed software for other events using new digital platforms including augmented reality.  Read more in Geekwire.

Washington State is home to over 14,000 software and mobile app technology companies and over 90,000 software developers. More than $2 billion is generated by Washington software companies from mobile app development. Our pre-eminence in cloud computing and emerging virtual reality and robotics makes Washington the place to be for next-generation technologies. To learn more about doing business with the tech sector in Washington State contact moreinfo@choosewashington.com.