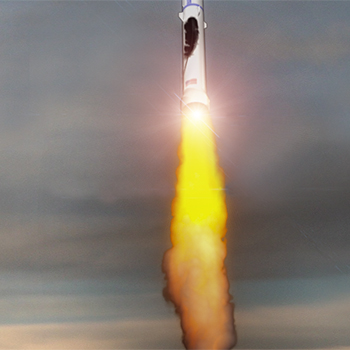 Washington State has been a leader in aerospace manufacturing for over a century. And, as the design of spacecraft, rockets and booster systems grows in the state, so does the manufacturing side of the equation.

Blue Origin, one of several Washington-based space companies, is expanding their operations with additional manufacturing space for their next generation, more powerful New Glenn rocket. The planned 236,000-square-foot warehouse complex and 102,900 square feet of office space are southwest of Blue Origin’s current headquarters and rocket production facility in Kent, just south of Seattle. Read more about the company’s planned expansion in Geekwire.

Building on the depth of experience in aerospace and the breadth of high-tech and advanced manufacturing expertise, engineers in Washington State with an eye towards space have been building an eco-system of successful space pioneers. Blue Origin, Vulcan Enterprises, Planetary Resources, SpaceX, Aerojet Rocketdyne and Tethers Unlimited are some of the more well-known space explorers in Washington.

To learn more about our growing space cluster contact moreinfo@choosewashingtonstate.com