Communities along the Columbia Gorge in southwest Washington are abuzz these days in more ways than one. It seems that the unmanned aerial systems (UAS) industry has found itself a home in Washington State, one with plenty of talent and a growing economy.

Led by Insitu Group, UAS and related aerospace and technology companies have been setting up shop in towns such as White Salmon and Bingen, bringing a new prosperity to these once rural communities that depended heavily on tourism and had few economic opportunities. Even though the population has risen by just 3% over the last decade, incomes have grown by 30%, giving rise to new restaurants, brewpubs and other business that are sprouting up to support the region’s growing drone industry.

And more workers (and customers) are on the way. Insitu plans to hire more than 140 employees this year, adding to the 200 other employees the company has hired so far to keep up with the demand for its products. The company has 1,300 employees, 900 in the Gorge area alone. Other companies such as Zepher, Inc. and Sagetech have opened up nearby and the Australian propulsion systems company Orbital has announced new offices in Bingen.

Check out this article in The Columbian to learn more about Klickitat County’s fastest growing business hub. 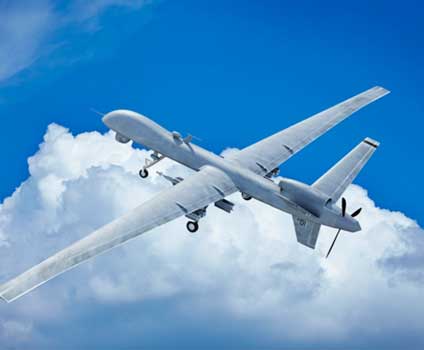