Cranes? Washington has the market cornered. 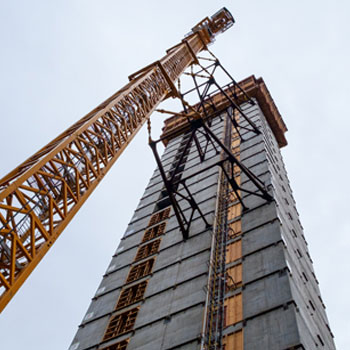 According to the folks who track such things, The Puget Sound region continued to hold the lead when it comes to the number of construction cranes in use.

This, of course, is indicative of the Seattle area’s continued building boom, which is unparalleled in the city’s history.  Housing units are finally catching up to office space, offering new workers plenty of options in the future to live near their work.

According to Rider Levett Bucknall, there were 62 cranes in use at the end of 2016, three times more than in New York, even though Seattle is much smaller in size. Chicago was second with 56, followed by Los Angeles with 29. The count didn’t include the 20 or so cranes that are currently dotting the skyline of the Eastside.

Read more in The Seattle Times…