A recipe for success. 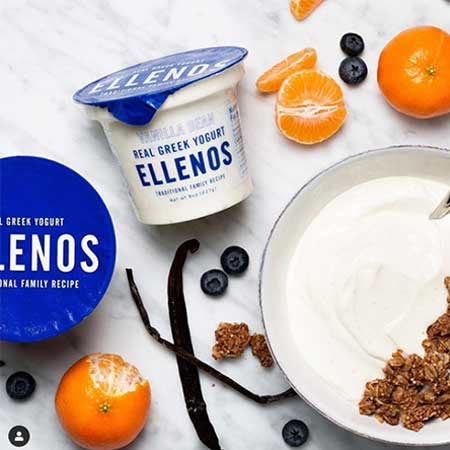 In the world of business, Ellenos Yogurt is about as close one can get to being an actual overnight. The night before it opened for business, the company didn’t even have a name. Finally, the founders settled on a made-up word, combining Hellinic (which means Greek) with the first sound in the word Australia.

The original four employees, Constantinos Apostolopolous, his son Alex and Bob and Yvonne Klein started making the operation in a family kitchen, using an old Apostolopolous family recipe. Six years later, Ellenos has a sprawling production facility in Federal Way with 150 employees on the payroll.

Success has had challenges, of course. With such rapid growth, Ellenos soon outgrew its production facility in Seattle’s Georgetown neighborhood. Demand was exceeding supply and something had to give. Finding a shortage of affordable manufacturing space in Seattle, the company looked elsewhere. After reviewing several cities, Ellenos decided to move its manufacturing south to Federal Way.

“What I found was really special about Federal Way was they held our hand all the way through the process. The Mayor was involved, the City Manager, everyone wanted to see us succeed in building this facility,” Bob recalls.

The new facility is six times the size of the old one, with the capacity to produce 100,000 pounds of premium Greek yogurt to keep up with demand. Eventually, Ellenos hopes to take their product national, then international with the added capacity.

Such ambitious plans don’t come cheap. To fuel growth, the company opened itself to an $18 million infusion of capital from Monogram Capital Partners of Los Angeles in trade for some equity.

“It’s such a wonderful product, it’s a shame not for everyone to try it. It’s just a unique product, there’s nothing similar out there and people just love it,” Con says.