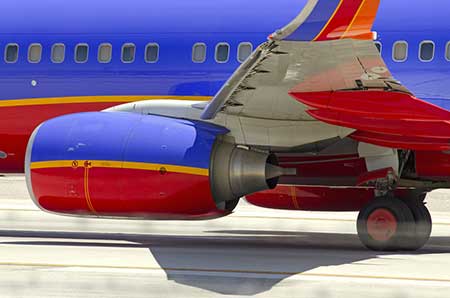 Business travelers in the northern part of Washington will be getting a real treat later this year. Three airlines have announced daily flights from the new passenger terminal being built in Everett.

Alaska, United and Southwest have all announced they will provide daily service from Paine Field, operating out of a new terminal that has a uniquely Northwest feel.

The new direct service to major cities along the western seaboard of the U.S. means passengers north of Seattle can use Everett instead of driving the 15 to 25 miles south to Sea-Tac International, the area’s primary hub.

Southwest was the final airline to come to an agreement to expand its operations north. They will offer five flights. Alaska will offer 13 daily flights to eight West Coast cities and United will offer six departures to its feeder hubs in Denver and San Francisco. That’s all the two-gate terminal is designed to service. Part of the magic of being able to handle so many flights daily is that Alaska and United plan to use smaller capacity Embraer aircraft on their routes. Southwest will fly the larger 737s.

“We’re full,” the Everett Herald quoted Propeller CEO Brett Smith as saying. “That’s it, there are no more airline announcements. Any other airline that comes will be told there’s no more room.”

For the growing economy in Snohomish and Skagit County, the new service is welcome news as business travelers will be able to skirt the longer commute to Sea-Tac and check in more quickly at the lower capacity passenger terminal currently under construction at Paine Field.

Passengers will be able to enjoy sweeping views of the airport and the mountains beyond while watching an occasional test flight of a new Boeing airplane. Appropriately, Paine Field is where the aerospace company builds 787 Dreamliners, 767s and 777s as well as the new 777X. It’s also the birthplace of the once revolutionary 747 jumbo jet.

Read all about it on Geekwire.