Five bars for T-Mobile and Starlink. 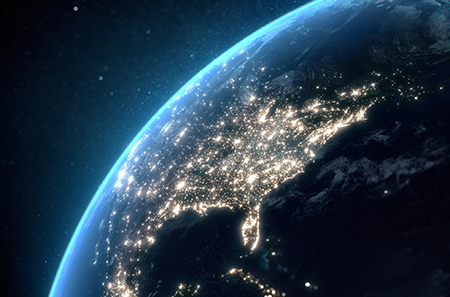 Two juggernauts of Washington’s economy, T-Mobile and SpaceX, are combining forces to end those frustrating days of no bars and dropped calls. Starting next year, T-Mobile hopes to “bring cellphone connectivity everywhere,” including expanded coverage to the entire U.S., even those remote trails and nooks and crannies that robbed you of service when you needed it most.

Bellevue-based T-Mobile will tap into the next generation of SpaceX satellites, made just a few miles away in Redmond. The Starlink-Gen2 satellites will be able to use the mid-band spectrum cellphones already have access to but will have larger antenna arrays to manage the additional communications bandwidth required by cell networks.

Initially, the service only supports texting and messaging. As the network grows, voice communications and even video will become possible. For those who enjoy the outdoors, the thought of texting or messaging in an emergency sounds too good to be true.

“It’s a lot like putting a cellular tower in the sky, just a lot harder,” said T-Mobile’s Mike Sievert. “Your phone doesn’t really know it’s connecting to space. It’ll think it’s connected to a cell tower because that phone is using industry-standard technology communication protocols, and it has the spectrum already built in, as the vast majority of phones in circulation today do.”

The announcement is exciting and clearly shows the innovation Washington is known for, but there are still a lot of technical problems to solve. Cell signals aren’t exactly known for being robust, and the Starlink satellites will need new antennas to pick up the signals so they can be routed to the destination. And then, there’s the fact that cell towers aren’t traveling at 17,000 miles an hour.

In the beginning, the first incarnations of space-based cell may encounter additional challenges, including a delay of up to a half hour as the signals bounce up to space and back down to their destination. But if you’ve fallen into a ravine or are stranded out in the desert with an overheated car, an extra half hour doesn’t seem so bad.

T-Mobile will even be able to add some salve to that half-hour window. For most T-Mobile plans, the addition of satellite coverage and connectivity on commercial flights should be free to the customer.

Read all about it on Techcrunch.