A big gamble with a big payoff. 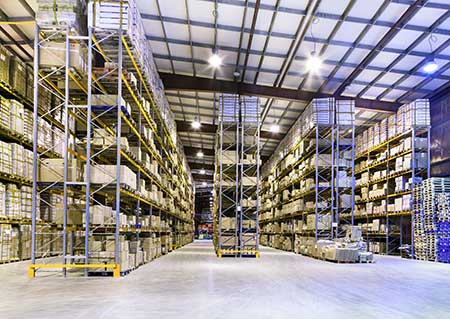 Local economic developers must have had one heck of a crystal ball back in 1968 when the Port of Tacoma purchased 500 acres in Frederickson for $1.6 million. They hoped to one day turn the acreage into an industrial center, a major hub for manufacturing and distribution.

Today, that act of faith has given birth to the Frederickson Industrial Area, which covers 2,200 acres, about half still undeveloped. The area has created about 4,500 jobs so far and more than 7.3 million square feet of built space.

“Economic development is a long game,” noted Economic Development Board for Tacoma-Pierce County President and CEO Bruce Kendall. “The Port of Tacoma’s gamble to establish Frederickson as a place of industry has paid off in a big way, with a vibrant and vigorous manufacturing sector providing family-wage jobs.”

The site is home to several heavy hitters. The Boeing Company builds tail and wing sections for 787s and Toray Composites produces raw carbon fibers that are used in Boeing planes around the globe. IKEA and Whirlpool have distribution centers there and Best Buy is building a new 400,000 square-foot warehouse in Frederickson. Niagara Bottling has a state-of-the-art bottling plant in the industrial area and Medallion foods, a pasta product producer, has a 77,000 square-foot production facility.

Flexible zoning in the industrial area makes it attractive to site selectors and companies looking to expand, along with a readily available, skilled workforce within an easy commute.

Learn more about the Frederickson industrial area in the Tacoma Daily Index.