From aerospace pioneer to leader in commercial space exploration. 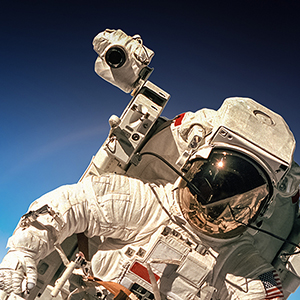 Commercial space exploration is the next frontier for the Washington State aerospace industry. For more than a century, Washington companies have been pioneering aerospace innovation, design and production. In the 1930s Boeing Aircraft produced the first commercial airliner and popularized passenger air travel. Since then Washington has developed a robust eco-system of design and manufacturing expertise that continues to set industry standards making it more comfortable and profitable.

Today, Washington’s aeronautical engineers are focused on travel beyond the stratosphere. Until now, NASA has been the primary American player in space. Over the past few years, Washington State companies such as Blue Origin, Vulcan Aerospace, Rocketjet Aerodyne, Planetary Resources, Tethers Unlimited and Spaceflight are redefining and commercializing space exploration.

From mining resources on other planets and developing variable launch capabilities for spacecraft deployment to making passenger space travel safe and affordable, these companies are defining the next generation of space travel and exploration. Other space innovators such as SpaceX have been lured to Washington State by the synergy and depth of aerospace engineering talent found in the Northwest. Read more at Forbes.com

To learn more about the space exploration pioneers in Washington, contact moreinfo@choosewashington.com.