Thousands of fans lined up early to catch a sneak peek at Funko’s new toy headquarters in Everett. The originator of hundreds of pop culture bobble-headed cult figures opened the new store in the city’s former Bon Marche department store.

The Washington-grown company felt the investment in the Snohomish County was important. The founder grew up in the area and wanted the company to help spur additional economic growth while also giving something back to the community. Some of the company’s staff artists mentor local children on weekends, teaching them art, sculpting, sketching and toy design.

The new store is like a miniature theme park, with areas dedicated to their Star Wars, Disney, Harry Potter, DC Comics, Aime and new Wetmore Forest lines, which is named after the street the building is on in Everett. In true Funko fashion, the company built slides between each of the office floors upstairs and added a bowling alley in the basement.

The new headquarters and store opened in mid-August. 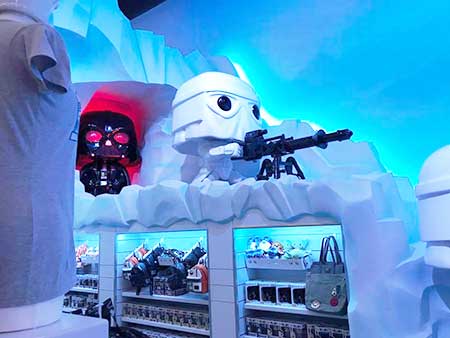