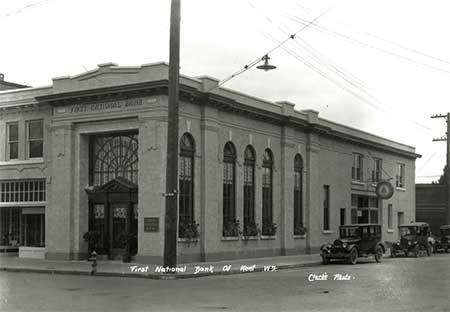 The Morrill Bank building in downtown Kent is on the shortlist to get $150,000 from American Express and the National Trust for Historic Preservation, if the city gets enough votes.

Built in 1924, the building is Kent’s first bank. In its heyday, it sported a grand, two-story entry and beautiful arched windows. The funds would allow the city to start the restoration of this historic site, returning it to its former glory. Restoration includes removing the stucco exterior to show the underlying brick and uncovering the entry and windows, which have been covered up during various remodels in the intervening years.

Those wishing to put Kent at the top of the contest list can vote at VoteYourMainStreet.org/Kent. You can vote up to five times a day from now until 11:29 p.m. You can also text MAINSTREET to 52886 to enter.