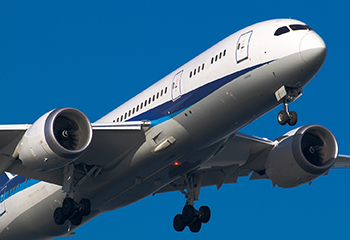 Boeing airplanes have become synonymous with Seattle and for good reason. From the design of the first Boeing jets in the 1950s to production of the 737 — the best selling airplane of all time — and today’s revolutionary composite commercial airliners, Washington State’s aerospace workers have been at the heart of Boeing’s success.

Production of aircraft in 2014 broke all records for Boeing and 690 of the 723 planes (95.4%) produced rolled off of production lines in Everett and Renton.

Washington has more than 132,500 aerospace workers statewide, many from second and third generation aerospace families. The state boasts the highest concentration of skilled aerospace workers in the U.S. Our highly trained and experienced workforce along with over 1,350 aerospace supply chain companies makes Washington State the epicenter of aerospace design and production.